What an overflown toilet can turn into in my house!

June 27, 2019
Caleb just came to me crying and said that he had to pee but there was paper in the potty. Which he has a habit of not using the potty because he will not flush for someone else. So, I assumed I knew what he was saying and lectured him all the way to the bathroom and then flushed it and walked out to which he replied, "Uh oh! Momma!" Now, I could have continued to ignore him and walk away which would have resulted in one huge mess left behind (which would have rightfully been my mess to clean up, not his)! But instead, I chose to listen and turned around to notice the toilet starting to overflow. I immediately grabbed the plunger and was able to do some damage control which helped the mess be a lot less than it would have been. However, there was still a pretty big mess that could have been avoided had I not been so ignorant and full of pride.


Then, I realized how this mirrors when people just choose to ignore the wisdom of those they believe are too small or weak. And, it particularly reminded me of a friendship in my life that recently ended this same way. Someone made an assumption and turned to leave and refused to listen to the "Uh oh's" then tried to come back and pretend like there wasn't a mess to clean up. And, even worse treated me as if it was my mess to clean up.


I know a lot of you are going to judge me for this. But, I watch the Kardashians and I do so because I believe it's a good example of how relationships should be. They have awesome boundaries with each other and when one is wrong or crosses the line, the rest tell the truth. They don't pretend it didn't happen. And, the person who is wrong, regardless of who it is, is always the one to apologize and do the damage control.


In a recent episode, Kim heard a rumor that her best friend was writing a "tell-all" book about her. So, she started out good by going to directly to him; however, she went about it all wrong! She treated the rumor she heard as truth and tried to scheme him into fessing up. Then, when he tried to explain to her that she had it all wrong, she completely ignored him and stormed out! I could tell by the look on his face that he hadn't done anything wrong and didn't even know why she was so upset; but, she didn't even know her own "best friend." She couldn't read him. She couldn't take a second out of her rant to acknowledge the words and thoughts of this guy she had known and trusted for so many years. So anyways, when Kim finally got a copy of the book, she learned of her mistake and tried to make it right. She went to this guy and flat out admitted her wrong and apologized, something so many seem to never be able to do. But, he told her that he couldn't just overlook the fact that she had treated him so badly and the fact that she didn't have any respect for him at all to even listen to him hurt too much and he asked her to leave. This is where nobody could fault Kim, she did what she could but now it was on him. Yet, she didn't just take the no. She continued to do what she could to fight for the friendship and it paid off. Her friend forgave her and the bond was strengthened.


When I watched that episode, I literally cried because I saw a cycle I have gone through over and over in my life with friends. When people wronged me, I was taught that love just always overlooks the wrong instead of the one in the wrong being taught that they did something wrong. So for the first 28 years, I always took whatever treatment anyone wanted to give me while I still did all that I could to treat them the way I would want to be treated. Then, I began to learn that was unhealthy and that it was my duty as a Christian to hold them accountable and not to enable. So, I would tell them what hurt me and, even if they owned no fault and weren't sorry, I just continued in friendship with them. Then, I started learning that just saying something yet still receiving it was still enabling so I began to set boundaries which resulted in a lost friendship every time. Then I would dwell on that loss and re-play over and over again what I could have done differently to keep the friendship. I even have some severed friendships that, even though I was the one wronged, I have gone to that person over and over and over again trying to fix it. Eventually, after enough rejection, I learned that I have to wait for a person to come to me. And, that's where I am now.


I think I've finally officially learned to wait until a person who has wrong me comes back on their own; but today, just before the flood in my bathroom, I found myself still trying to do all of the work for a person who wronged me. I couldn't imagine if Kim had gone back to her friend and pretended like nothing happened or even worse demanded that he apologize to her and treated him as if he should feel so lucky to even be given another chance to be her friend. She would have lost a person very close to her for sure! Yet, why is it so easy to see what's right other people's lives and not in my own? Why do I so desperately want to get along with others that, even with all of the knowledge to not do so, I sill just receive whatever treatment they want to give me to some extent? Why can't I just let the closed doors be closed doors? Why do I hate broken fellowship so much that I allow it to be used as a tool to manipulate me? Why can't I just let go? Why are some things so much easier said than done?

Popular posts from this blog

Why talking to a friend may be the worst thing you can do...

August 13, 2019
Here is why talking to a friend about a problem with another person doesn't work...

If my vision of what is taking place is distorted then her vision is also going to be distorted. If I call her up and share the low lights, the things that upset me, the things that hurt me, how I feel about them and see them, and don't share the other person's perspective or take their side or account into consideration then she is going to give me a biased report back. And, it is going to be exactly what I want to hear. (This is even further compounded when a person strategically leaves out any information that makes their self look bad.)

How do I know that? How can I say that? Because I am feeding her the information that I want her to have. And, she already knows my past, my struggles, my weaknesses and fears; which are also what I am now talking to her about and reminding her of. So, her judgment is going to be based off of that and her desire to protect me. It honestly got to the poi…
Post a Comment
Read more

Are your walls bringing protection or harm?

June 26, 2019
The walls that people build in their hearts and minds, based on past hurts, do not just keep others out; but also, keep them trapped in. Quite often Christians, whose pages look the most godly, have their settings on social networking set so that others they do not know cannot contact them. I think it is the strangest thing that someone with the title “God’s child” avoids being contacted by their sisters and brothers. There could not be a more literal example of someone putting up a wall that keeps them from their own blessings. These same people could be sitting at home crying and praying to God for Him to send them a good friend. So, He answers the prayer and sends someone but nobody can get through because of the barrier that has been put in place. Then they blame God for their loneliness and get angry with Him for not answering their prayer. Yet, it is not God’s fault. His word is very clear on this matter.


Now that you've read my blog, I suggest you read this blog ;)
Post a Comment
Read more 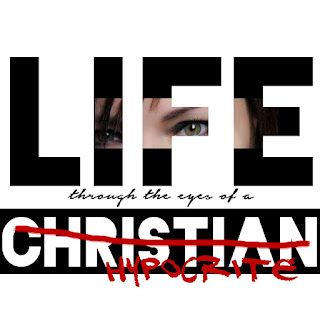 Jessica Clark-McDowell
Born and raised in an abusive home in the poverty stricken Ohio Valley, Jessica Clark-McDowell sought change personally, locally, and nationally. After working intensively to find healing with God in her own life, she then began to reach out to others around her. Through-out her life, she has experienced extreme persecution by fellow Christians. As a result, she has written several educational book on scriptural truths targeted at preventing Christians from falling victim to religion.